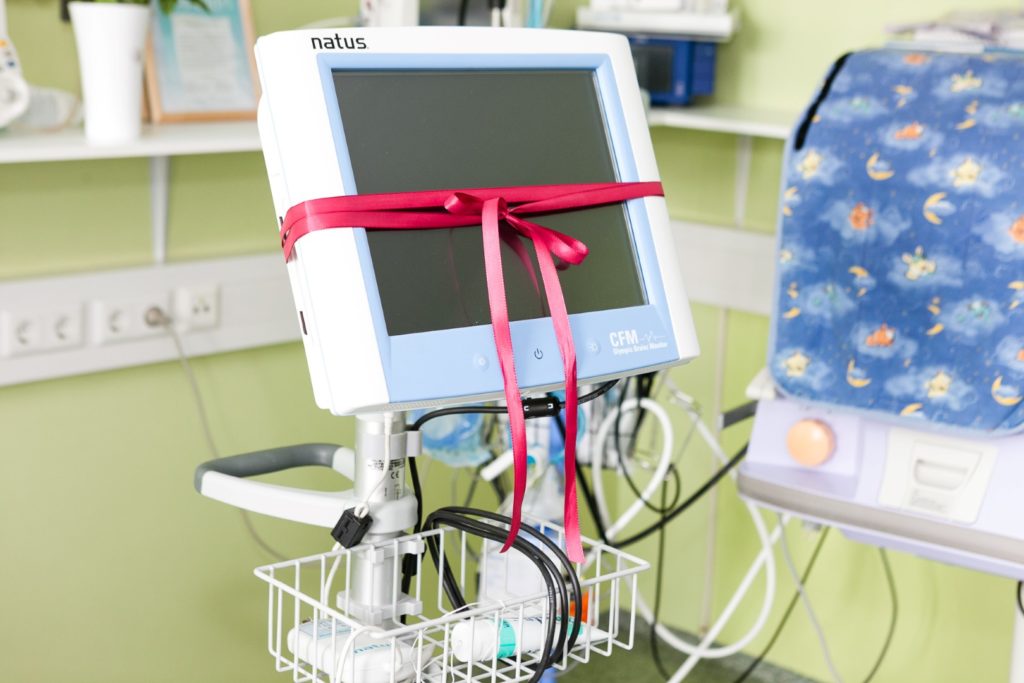 The brain monitor, or Amplitude Integrated EEG, can be used in the Intensive Care Department of the maternity hospital to monitor the brain activity of newborns with health disorders and any possible deviations in brain functions. “An Amplitude Integrated EEG is a device that allows us to diagnose neonatal seizures with more certainty – the diagnosis can either be confirmed or disproved with this device. Also, in the case of newborns who suffered from oxygen deficiency during birth, it is possible to assess their brain activity and decide on further treatment tactics and additional tests during the period following their birth. An EEG test may also be informative in the case of premature babies and children suffering from severe sepsis,” said Dr Pille Saik, Head of the Neonatal Department of Pelgulinna Maternity Hospital.

The donation campaign that lasted for two months was carried out as a joint initiative of the Pelgulinna Maternity Hospital Support Fund and Colonna Kinnisvara in the last months of 2015.

“We’re very grateful to Colonna Kinnisvara and all other donors, thanks to whom the maternity hospital can acquire this expensive machine. An Integrated Amplitude EEG is an essential device that Pelgulinna Maternity Hospital didn’t have before, but is now of great help to our staff,” said Member of the Supervisory Board of the Pelgulinna Maternity Hospital Support Fund Eeva Kauba.

The brain monitor cost 20,600 euros,4,000 euros of which were raised via telephone donations and 14,500 at Colonna’s Annual Gala. Colonna Kinnisvara donated the remaining amount. “It’s become a tradition for us to organise a charity event at the end of a successful year, which draws attention to the smallest citizens of this world,” said Roberto de Silvestri, CEO of Colonna Kinnisvara.